Replacing a SQL Cursor with SSIS

Posted on September 22, 2011 by MikeDavisSQL

On a forum post recently the questions was asked how to replace a cursor with an SSIS package. This can be done several ways depending on the situation. In this situation there is a number on each row that determines the number of times a row needs to be written to the destination.
The source table looks like the following image. 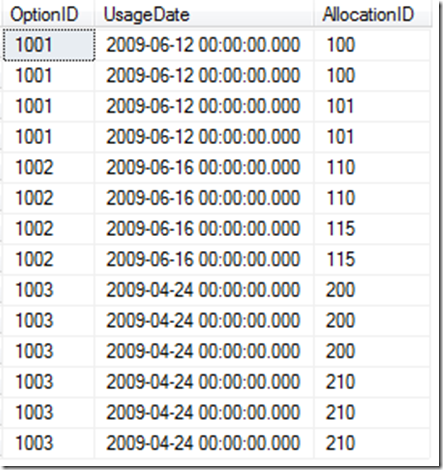 This can be performed by using a cursor to loop through each row, but this is very slow. If you needed to perform this for millions of rows it would be a very long process. The power of SSIS is in the batch loads it performs in data flows.  You can perform this using a small SSIS package. Here is an image of the package Control Flow you can create to perform this kind of cursor work. 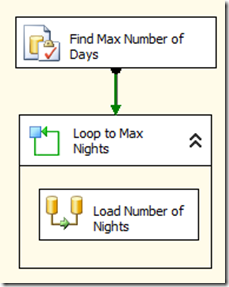 The only thing left is the Data Flow. The source will be an OLEDB source with the following SQL query.
SELECT        OptionId, StartDate, AllocationID, NumberofNights
FROM            dbo.CursorSource
WHERE        (NumberofNights >= ?)
The question mark is a parameter and is mapped to the intCounter variable. This will only select rows that have the number of nights greater than or equal to the counter.

The destination is an OLEDB Destination. No special setup needed for this task, just map the source columns to the proper destination columns.

This package will give you the results in the first two table images. The parameter in the Data Flow source prevents it from loading a row too many times.
Let me know if you have any questions, or if you have a cursor problem you need solved let me know.

This entry was posted in SSIS, Syndication and tagged cursor, SSIS. Bookmark the permalink.

4 Responses to Replacing a SQL Cursor with SSIS